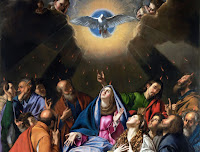 One of the popular plays of William Shakespeare   is "The Merchant of Venice." Antonio, a successful merchant of Venice got into trouble because of his generosity. His friend Bassanio requested him to lend him some money. Antonio agreed, but, as all of his assets were tied up at sea they went to Shylock, a Jewish moneylender. Shylock agreed to lend them 3000 ducats, but only if Antonio would sign a bond offering a pound of his flesh if the loan was not repaid in three months' time. Antonio assented to the arrangement.

Unfortunately Antonio was not able to keep his word. The case reached the court. Shylock refused Bassanio's offer of 6,000 ducats, twice the

amount of the loan. He demanded his pound of flesh from Antonio. Everyone present at the scene pleaded for the life of Antonio. But Shylock was adamant that he wanted the will to be carried out. Thus the court must allow Shylock to extract the pound of flesh. At that very moment, a young lawyer made his appearance to defend the case of Antonio.  He argued that the bond allowed Shylock to remove only the flesh, not any drop of "blood", of Antonio. Thus, if Shylock were to shed any drop of Antonio's blood, his "lands and goods" would be forfeited under Venetian laws.

The young lawyer stepped in at a moment when Antonio was in utter hopelessness. He was sure that he would lose his life. But his arguments and reasoning brought hope to Antonio. He began to be reassured. The presence of an Advocate brought great change in Antonio.

The disciples of Jesus too were in great hopelessness after the ascension of Jesus. The message of resurrection gave them hope and courage. However, it lasted only for forty days. Again after the Ascension they confined themselves behind closed doors.

Then came the great miracle. They found the great advocate in their midst.  The Spirit of God descended upon them like tongues of fire. It rekindled their hopes and ignited their courage. It transformed the ignorant men into possessors of divine Wisdom. It transformed the cowards into heroes and desperate men into dreamers.

The Biblical writer employed fire to describe the presence of God. Yahweh manifested Himself in the form of fire on many different occasions.  Abraham saw the passing of a smoking fire pot and a flashing torch. And Abraham knew that God had descended to establish a covenant with him (Gen. 15:17). God appeared to Moses in Mount Horeb in a flame of fire. (Ex. 3:2-4). During the Exodus of the chosen people  from the land of slavery to the promised land the Lord went  before them by day in a pillar of cloud and by night  in a pillar of fire (Ex. 13:21).God descended on Mount Sinai to give the Ten Commandments in fire and smoke. (Ex.19:18). When Monoah and his wife offered burnt offerings the Lord descended to the Altar in flames. (Judg. 13:20).  And fire came down from heaven at the consecration of Solomon's Temple.

Primarily, the Spirit re-established unity.  Many accounts of the breach of Unity between God and Men are given in the Bible.  All of them were caused by man's pride. In Genesis we read the story of the Tower of Babel. The people of the earth became skilled in construction and decided to build a city with a tower that would reach to heaven. By building the tower they wanted to make a name for themselves and also prevent their city from being scattered. God came to see their city and the tower they were building.  He perceived their evil intentions, men were proud and they wanted to challenge God.  So God confused their language. They spoke to one another as they used to, but they understood differently.  On the day of Pentecost the spirit of God has re-established unity. People spoke different languages, but everyone understood in his language. Difference in language makes it difficult for people to communicate with one another.  But the early Christians were able to grasp the meaning of each other's message, because they spoke the language of love, the language of   understanding, the language of selflessness, and the language of kindness. The feast of Pentecost demands from us that we should get united with God. Edmund Bruke wrote, "Whatever disunites man from God also disunites man from man."  Once we establish our unity with God we can strengthen the unity at home, in the parish, in the place of our work, and in our society; among the members of the family, among our colleagues, among the members of our parish, and among all whom we come across.

Secondly, the Spirit brought courage. At the trial scene Peter   disowned Jesus and swore that he did not know him. But after receiving the spirit the same Peter proclaimed aloud the message of Jesus and   called the people to repentance. The Spirit blesses us too with courage. When we accept it we too will be able to make our contribution to better the world. The words of Hellen Keller are noteworthy.  "I long to accomplish a great and noble tasks, but it is my chief duty to accomplish humble tasks as though they were great and noble. The world is moved along, not only by the mighty shoves of its heroes, but also by the aggregate of the tiny pushes of each honest worker."

Thirdly, the spirit brought the light of knowledge to the Apostles. When Jesus was speaking to them of his agony and suffering the disciples were contemplating on as who would be on his right and who would be on his left.  They cherished the dreams of the kingdom where Jesus would take over the rule of the Roman Empire. But the descend of the Spirit revealed the meaning of the words of Jesus to them. They knew what their faith would demand of them. They knew what their responsibilities would be. They knew the meaning of Christian love. Their ignorance was wiped out. In the words of William Shakespeare, “Ignorance is the curse of God; knowledge is the wing wherewith we fly to heaven."

According to Kahlil Gibran "Knowledge of the self is the mother of all knowledge. So it is incumbent on me to know my self, to know it completely, to know its minutiae, its characteristics, its subtleties, and its very atoms."  The Apostles knew their strength and their weakness.  And they accepted the supremacy of the Spirit in their life.

Dear friends the Holy Spirit is present in the Church as an advocate to plead our case. When we become receptive to the gifts of the Spirit the spirit will take its course in us too.