A woman was at work when she received a phone call that her small daughter was very sick with a fever. She left her work and stopped by the pharmacy to get some medication. She got back to her car and found that she had locked her keys in the car. She didn’t know what to do,
so she called home and told the baby sitter what had happened.

The baby sitter told her that the fever was getting worse. She said, “You might find a coat hanger and use that to open the door.”
The woman looked around and found an old rusty coat hanger that had been left on the ground, possibly by someone else who at some time had locked their keys in their car. She looked at the hanger and said, “I don’t know how to use this.”
She prayed to God and asked Him to send her help.
Within five minutes a beat up old motorcycle pulled up, with a dirty, greasy, bearded man who was wearing an old biker skull rag on his head.
The woman thought, “This is what you sent to help me?” But, she was desperate, so…. she just kept quiet.
The man got off of his cycle and asked if he could help.
She said, “Yes, my daughter is very sick. I stopped to get her some medication and I locked my keys in my car. I must get home to her. Please, can you use this hanger to unlock my car?”
He said, “Sure.” He walked over to the car, and in less than a minute the car was opened.
She thanked the man and through her tears she said, “Thank you so much! You are a very nice man.”
The man replied, “Lady, I am not a nice man. I just got out of prison today. I was in prison for car theft and have only been out for about an hour.”
The woman thanked the man again and with sobbing tears cried out loud, “Oh, Thank you God! You even sent me a professional!”
Prayer is a vital part of the Christian life. It enables us to communicate with God through our great High Priest, Jesus. St Paul wrote, “In this age, faith in Him privileges us to "come boldly to the throne of grace, that we may obtain mercy and find grace to help in time of need” (Heb. 4:16). God tells us, "The effective, fervent prayer of a righteous man avails much" (Isa. 5:16). Above are examples of the prayers of those who have gone before us and found almighty God to be faithful and true to His unchanging, eternal Word.
Always have trust in God, Pray to Him and be Patient. He will help us from sources which we never could have imagined.
Praying to God is the way to communicate with God. For communication to be effective there should be a genuine desire.
A boy was watching a holy man praying on the banks of a river. When he had completed his prayer, the boy went over and asked him, "Will you teach me to pray?"

The man studied the boy's face carefully. Then he gripped the boy's head in his hands, and plunged it forcefully into the water! The boy struggled frantically, trying to free himself to breathe. When the man finally released his hold, the little boy gasped for breath, then asked, "What did you do that for?"

The holy man said, "I just gave you your first lesson."

The boy asked, "What do you mean?"

One day, she ran out of groceries. As usual, she was praying to the Lord explaining her situation and thanking Him for what He was gonna do.
AS USUAL, the atheist heard her praying and thought to himself. "Hmph . . . I’ll fix her."
He went to the grocery store, bought a whole bunch of groceries, took them to her house, dropped them off on the front porch, rang the door bell and then hid in the bushes to see what she would do. When she opened the door and saw the groceries, she began to praise the Lord with all her heart, jumping, singing and shouting everywhere!
The atheist then jumped out of the bushes and told her, "You old 'crazy lady, God didn't buy you those groceries, I bought those groceries!"
Well, she broke out and started running down the street, shouting and praising the Lord. When he finally caught her, he asked what her problem was . . .
She said, "I knew the Lord would provide me with some groceries, but I didn't know he was gonna make the devil pay for them!"
Hannah requested a son from the Lord: "If You will indeed look on the affliction of Your maidservant and remember me, and not forget Your maidservant, but will give your maidservant a male child, then I will give him to the Lord all the days of his life." (1 Sam. 1:11).
Jonah prayed from the belly of the great fish: "I cried out to the Lord because of my affliction, and He answered me. Out of the belly of Sheol I cried, and You heard my voice. I will look again toward Your holy temple." (Jonah 2:2, 4).
Jesus spent the night in prayer in Gethsemane shortly before His crucifixion:
"O My Father, if it is possible, let this cup pass from Me; nevertheless, not as I will, but as You will" (Mt. 25:39).
Place our needs before God and they will be granted.
Little boy was kneeling beside his bed with his mother and grandmother and softly A saying his prayers, "Dear God, please bless Mummy and Daddy and all the family and please give me a good night's sleep."
Suddenly he looked up and shouted, "And don't forget to give me a bicycle for my birthday!!"

"There is no need to shout like that," said his mother. "God isn't deaf."

"No," said the little boy, "but Grandma is."
God hears the cry of his children and he grants them abundantly.
Pray to God With Sincerity and Honesty.

A married man once prayed:

Dear God, you gave me childhood and you took it away.

You gave me youth and you took it away.

You gave me a wife.......... It’s been years now, just reminding you.
The Lord Jesus once told His disciples: “And when you pray, you shall not be as the hypocrites are: for they love to pray standing in the synagogues and in the corners of the streets, that they may be seen of men. Truly I say to you, they have their reward. But you, when you pray, enter into your closet, and when you have shut your door, pray to your Father which is in secret; and your Father which sees in secret shall reward you openly” (Matthew 6:5–6). We can see from what is written in the Bible that when the Pharisees prayed they often liked to choose a place crowded with people. They enjoyed standing in the synagogues or at intersections to pray, and then they would frequently recite the Scripture and make long, disingenuous prayers. It was all done for others to see, to make others see them as devout and pious, and through that gain people’s admiration and make people look up to them. That kind of prayer is nothing more than exalting themselves and showing off; it is trying to deceive God. That’s why the Lord Jesus said that the Pharisees were hypocrites, and that their prayers were hypocritical, detestable to the Lord. Upon reflection, at many times when we pray, we also harbor incorrect motives. When we pray speak to God openly and honestly. Only this kind of prayer delights God.

Pray constantly. It is important to pray constantly without losing heart. In Luke 11:5-13 and 18:1-8, the Lord presented twin parables that deal with our faithfulness and persistence in prayer. In the first one, a man had a guest arrive at midnight and he had nothing to feed him. So, having a friend not far away, he went to his house to borrow some food. His friend wasn't happy about being awakened, so he gruffly told the borrower to be on his way. But he would not be discouraged-he needed that bread badly. He shamelessly continued knocking until his friend got up and granted his request. In the second parable, a widow went to a judge to seek relief from an enemy who was oppressing her. Not only was her situation hopeless in regard to her oppressor since she was a widow without the means of protecting herself, but the judge she had to deal with was about as wicked as a man could get. He was her only hope, so she laid her case before him. For a while he refused to assist her, but she kept coming to see him and begging for help. Finally, though he still had no compassion in his heart and no concern for the poor widow, he gave in and consented to help her.  In Luke 11:9-10, Jesus pressed the lesson home. "And I say unto you, 'Ask and it shall be given you; seek and ye shall find; knock and it shall be opened unto you. For every one that asketh receiveth; and he that seeketh findeth; and to him that knocketh it shall be opened."' In verses 11-13, Jesus makes it clear that God is loving and concerned:

God knows the needs of his people and grand them blessing as they require. That is why Jesus said. If a son shall ask bread of any of you that is a father, will he give him a stone? Or if he asks a fish, will he for a fish give him a serpent? Or if he shall ask an egg, will he offer him a scorpion? If ye then being evil, know how to give good gifts unto your children: how much more shall your heavenly Father give the Holy Spirit to them that ask him?
Pray with the faith that the prayer will be answered.

A Bar Opened Opposite a Church.....

The Church Prayed Daily against the bar business.

Days later the bar was struck by lightning & caught fire which destroyed it.

Bar Owner Sued the Church Authorities for the cause of its destruction, as it was an action because of their Prayer.

The Church Denied all Responsibility!!!

So, the judge commented, 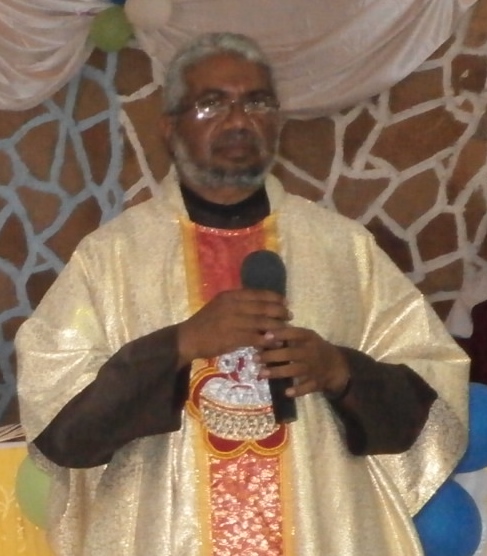 Daily Reflections by Me