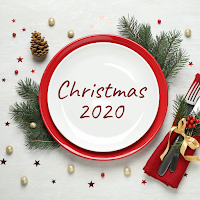 Years ago, there was a very wealthy man who, with his devoted young son shared a passion for art collecting. Together they travelled around the world, adding only the finest art treasures to their collection. Priceless works by Picasso, Van Gogh, Monet and many others adorned the walls of the family estate.

As war engulfed the nation, the young man left to serve his country. After only a few short weeks, his father received a telegram. His beloved son was missing in action. He awaited more news, fearing he would never see his son again. Within days, his fears were confirmed. The young man had died while rushing a fellow soldier to a medic.

Distraught and lonely, the old man faced the upcoming Christmas with anguish and sadness. The joy of the season would visit his house no longer. On Christmas morning, a knock on the door awakened the depressed old man. As he walked to the door, the masterpieces of art on the walls reminded him that his son was not coming home. When he opened the door, he was greeted by a soldier, with a large package in his hand. He introduced himself saying, "I was a friend of your son. I was the one he was rescuing when he died. May I come in for a few moments? I have something to give you."

When the soldier told of his son's gallantry, fatherly pride and satisfaction eased his grief. Before leaving the soldier said, "I'm an artist, and I want to give you this."  It was the portrait of his son. The painting went above the fireplace.

The following spring, the old man became ill and passed away. The art world was in anticipation.  According to the will of the old man, all of the art works would be auctioned on Christmas Day, the day he had received his greatest gift.

The day soon arrived and art collectors from around the world gathered to bid on some of the world's most spectacular paintings. The auction began with a painting that was not on any museum's list. It was the same portrait. The auctioneer asked for an opening bid.  "Who will open the bidding with $100?" he asked. Minutes passed. No one spoke.

From the back of the room came a comment, "Who cares about that painting? It's just a picture of his son. Let's forget it and go on to the good stuff." More voices echoed in agreement. "No, we have to sell this one first," replied the auctioneer.

Finally, a friend of the old man spoke. "Will you take ten dollars for the painting? That's all I have. I knew the boy, so I'd like to have it." The deal was fixed.

The auctioneer looked at the audience and announced the auction was over. Stunned disbelief quieted the room. Someone spoke up and asked, "What do you mean? The auctioneer replied, "It's very simple. According to the will of the father, whoever takes the son . . . gets it all."

The message of Christmas is the same - the love of a Father. And because of that Father's love...whoever takes the Son gets it all. (Anonymous)

When this good tiding was announced by the angels two thousand years ago, it was received by various groups with different reactions.

The shepherds received the message first. Once they discovered God's mercy they responded in a wonderful way. They believed what the angel told them and hurried to Bethlehem to meet their Saviour. The example of the shepherds reminds us that our mission, too, is to discover the love of God, and to make it known to the rest of the world,   through our life and actions in a way understandable to others.

A man was doing shopping in a hurry in the Christmas season. In front of him were two small children a boy of about 10 and a younger girl about 5. The boy wore a ragged coat. He clutched several crumpled dollar bills in his grimy hands. The girl's clothing resembled her brother's. She carried a beautiful pair of shiny, gold house slippers. She carefully placed the shoes on the counter. She treated them as though they were a treasure. "That will be $6.09" the clerk said. The boy laid his crumpled dollars atop the stand it was only $3.12.

"I guess we will have to put them back," he bravely said. "We'll come back some other time, maybe tomorrow." With that statement, a soft sob broke from the little girl. "But Jesus would have loved these shoes," she cried.

"Well, we'll go home and work some more. Don't cry. We'll come back," he said.   Quickly the man handed $3.00 to the cashier and said "These children had waited in line for a long time. And, after all, it is Christmas."

A pair of arms came around him and a small voice said, "Thank you, Sir."   "What did you mean when you said Jesus would like the shoes?" he asked.

The small boy answered, "Our mommy is sick and going to heaven. Dad said she might go before Christmas to be with Jesus."

The girl spoke, "My Sunday school teacher said the streets in heaven are shiny gold, just like these shoes. Won't mommy be beautiful walking on those streets to match these shoes?"  His eyes flooded as he looked into her tear streaked face. "Yes," he answered, "I am sure she will."

Secondly, we see the reaction of the people of Bethlehem. In spite of all the supernatural interventions they remained totally unaware of the mysterious events. They were caught up in the hectic routine of a monotonous life. Therefore, they did not see anything; they did not hear anything; and they were not affected by anything. They were insensitive to what was happening around them. This is the plight of the modern man who is caught up in the cycle of fast moving world. There is no time to pause, and read the signs of time. W H Davis wrote:

WHAT is this life if, full of care,

We have no time to stand and stare.

In our hurry we miss many things: the joy of life, the consolation of the society, the warmth of the family, the sweetness of friendship and the contentment of little sacrifices. This Christmas reminds us that whoever takes the son gets it all.

Thirdly, there was the reaction of Mary.

"Mary treasured all these things and pondered them in her heart."

She was trying to discover the depth of God's love shown through the various events that were taking place around her. May the example of Mary help us to realize that when we have the son we have all.

"May the infant Jesus bless you!"