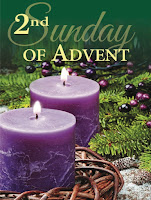 In 597BC Jerusalem was captured and the People were taken into exile to Babylon. In the first reading, God promised through Prophet Baruch to bring back his people from exile. So the Prophet admonishes the people to put on the beauty of the glory of God and wrap the cloak of the integrity of God.

St Paul advises the Christians of Philippi never stop improving their knowledge and deepening their perception so that they can always recognize what is best.

People have the self-realization moments when something tragic happens. Tragic times are when people tend to evaluate themselves. It is very true in the short story called “The Last Night of the World” written by Ray Bradbury.

This short story is basically about a husband and wife talking to each other when they realized that they only have one night left until the world ends. But to the surprise they were not in a panic mood at all. In fact, they decided to go through the night just like any other nights. But before they went to sleep, they evaluated themselves. They talked to each other about if they were good or bad. I think even though they were not in a total panic about the end of the world, they were still worried about what happens after

the world ends. One can see clearly the self-realization moment when the wife says, "We've been good to each other, anyway."  This one sentence carry out the theme of self-knowledge in this particular short story. Since they were good to each other, they did not have any guilty feelings as they were approaching the end of the world. That could be the reason why they went through that night just like any other nights and did not panic. We can see that the wife even went to the kitchen because she left the water running in the sink.  They treated that day just like any other. The last night is spent living a normal life.

Knowledge about oneself, knowledge about the world, knowledge about the people around us make us realize our position in creation.  It will help us to realize our insignificance in this world. While our ancestors have been around for about six million years, the modern form of humans only evolved about 200,000 years ago. Civilization as we know it is about 6,000 years old.  Billions of human beings lived and died. But only a handful of human beings became part of history. Only those who were able to wrap themselves in the cloak of integrity of God. Only those who were able to realize their position in the world and dared to choose what is best.

An elephant was walking toward its herd after taking bath in a nearby river. On its way the elephant sees a pig walking towards it. The pig as usual was coming after a relaxing dip in muddy waters. It was covered in mud.

Upon approaching closer, the pig sees the elephant moving out of its way allowing the pig to pass. While walking past, the pig makes fun of the elephant accusing the elephant of being afraid of it.

It also tells this to other pigs standing nearby and they all laugh at the elephant. Upon seeing this, some elephants from the herd ask in amazement, “Were you really afraid of that pig?”

To which the elephant replies, “No. I could have pushed the pig aside if I wanted to, but the pig was muddy and the mud would have splashed on me too. I wanted to avoid that, hence I stepped aside.

The mud covered pig is a metaphor for negative energy. When you interact with negative energy, you allow your space to be infiltrated by that energy too. The evolved way is to let go of such petty distractions and focus all your energy on things that matter.

Once we are in a higher state of vibration, we are no longer distracted by petty things. we no longer automatically react to all external stimuli. we have a deeper understanding of what serves you and what does not.

Spending our precious energy arguing and fighting with someone who is egoistically motivated is never going to serve us. It just leads to a, ‘who is better’ battle where no one wins. we end up losing our energy.

Instead, we are better off diverting all your attention on things that matter and simply discard things that are of a lower significance.

In the First reading Prophet Baruch announces, “For God has decreed the flattening of each high mountain, of the everlasting hills, the filling of the valleys  to make the ground level.”  And in the Gospel, we read John came announcing the arrival of the Lord, He said:

“Prepare the way for the Lord,

Every valley must be filled in,

every mountain and hill be laid low.”

Prophet Baruch, St Paul and today’s Gospel convey the same message. God is always at work to bring man back to himself and to straighten his path. In order to be instruments in God’s hands we should be humble in heart and conscious of ourselves. In other words, we must deepen our knowledge, we must love our brothers and we must strive to lead pure life.

This is the message of advent.