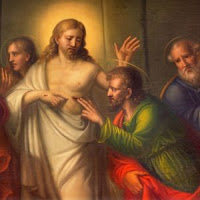 There was a king who had no children. He consulted many doctors but he did not succeed in getting a child. One day, King’s adviser consulted a Tantrik. The Tantrik gave a suggestion that if a boy was sacrificed a boy son be born to the king.

Announcement was made in the kingdom, anyone who will give his son to the king for sacrifice, will be given loads of gold in return.

There was a poor family in his kingdom. The family had many children. Among them was one boy who did not make any contribution to the family. Hearing the King’s announcement, the family decided to give the boy to the king and get money in exchange. Hence the child was given to the king and as promised the king gave his family a lot of money.

Soon preparations were made to sacrifice the child. On the day of sacrifice, the king asked the child, “What is your last wish?”

The child said, “Can I get some sand?”

King ordered his servants to bring sand. The boy took bags of sand and made four heaps. Then he broke three heaps of sand and sat down with his hands folded in front of the fourth heap of sand and said to the King, “Do whatever you want to do now.”

Seeing this the king asked the boy, “Tell me what have you done and why?”

The boy said, “The first heap of sand represented my relation with my parents. It was their duty to protect me but they didn’t do their duty, and sold me for money. So I broke it. The second heap represent my relatives. They should have asked my parents to stop but they didn’t. So I broke it too. The third heap, O King. Was yours because it is king’s duty to protect the subjects of his kingdom but here the king himself is trying to sacrifice me, so I broke this heap too.”

The King asked, “What’s is the last heap for?”

The boy replied, “This belongs to my God. I trust in God, So, here I am sitting in front of it.”

The king impressed with him. The king declared his decision to adopt him as his son, and proclaimed him Prince of the Kingdom.

Absolute faith in God works wonders. In spite of the teachings of Jesus the disciples took time to believe in the words of Jesus. Though the Angles had told them, “He has risen” they took time to accept the fact. St. Thomas refused to believe the testimony of the other disciples.

After eight days his disciples were again in the house, and Thomas was with them. Although the doors were shut, Jesus came and stood among them and said, 'Peace be with you.' Then he said to Thomas, 'Put your finger here and see my hands. Reach out your hand and put it in my side. Do not doubt but believe.

Jesus said to him, 'Have you believed because you have seen me? Blessed are those who have not seen and yet have come to believe.'  These powerful words of Jesus were not meant just for the little group that was present in the house. It was a blessing that was intended to surpass the days of the first disciples. It was addressed to all Christians of all time, that including the faithful of today. The words Jesus said to Thomas, "Put your finger here and see my hands. Reach out your hand and put it in my side. Do not doubt but believe," is addressed to each one of us.

The message that the Angels gave at the birth of Jesus is “Peace to the men of good will” and the first message Jesus gave to his disciples after resurrection was 'Peace be with you.' Then he showed them his hands and his side.

Peace is the path we take for bringing growth and prosperity to society. If we do not have peace and harmony, achieving political strength, economic stability and cultural growth will be impossible. Moreover, before we transmit the notion of peace to others, it is vital for us to possess peace within. It is not a certain individual’s responsibility to maintain peace but everyone’s duty.

Let us stand with folded hands before the Lord and   submit ourselves to be transformed into instruments of peace.

Peace be with you.