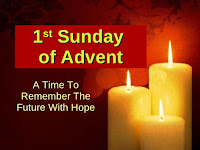 Sergeant Charles B. Schlichter, 2nd Medical Battalion, 2nd Infantry Division, had been soldiering most of his life. In June, 1950 he was a surgical technician at Madigan General Hospital. When the news of the outbreak in Korea came over the air, Charles Schlichter had a premonition that  "Something was going to  happen to him. He was diverted to the 2nd Division [in Korea] on 16 July.

Schlichter and the medics of his unit received no real briefing on the Korean situation. Korea was described to them as a minor police action, which might be cleared up before they arrived. At dusk on 30 November, the medical convoy was stopped on the road miles north of the pass. Schlichter could hear heavy firing ahead, see the pink and red tracers bouncing off the hills....It grew darker, and the thermometer fell. The firing reverberated among the hills, and in the convoy men became tired and cold and scared. They were carrying 180 wounded men in the trucks. Then suddenly someone cried out. "It's every man for himself! We're trapped! Get out any way you can!" The two hundred-odd men of the company spread all over the hills, abandoning the  180 wounded men in the trucks. Men ran into the hills until they dropped from exhaustion; they ran as long as the panic held them and their legs would carry them. Others climbed hills, to try to see about them. Air Force planes screamed out of the south, shooting, bombing. It was standard practice for the Air Force to destroy abandoned equipment before the enemy could profit from it. The pilots could not know what cargo those deserted trucks still held. Then the Air Force dropped napalm, the drums bouncing from the frozen ground and engulfing the dusty trucks in flame. In the zero weather, Charles Schlichter's face was suddenly wet with sweat. Some of the men with him closed their eyes. And then they all ran back into the hills. Within a short time, a North Korean patrol had pinned them on a hill, holding them down with submachine-gun fire. (T. R. Fehrenbach, This Kind of War - A Study in Unpreparedness, (New York: The Macmillan Co., 1963).

The medical team was totally unprepared to face the challenges, because they  did not have any idea of the  danger  that  encircled  them. In today's  Gospel Jesus gives picture of a master who went out, with a warning that he would come back at any time of the day. Therefore he expects his household  to be ready to receive him on his return.

The season of Advent, which is  the first period in the Year of Worship, reminds us to be prepared  for the coming of Christ. The word "Advent" means "coming." Jesus came into this world by truly becoming man, a man like us in everything except for sin; historically, he was born in Bethlehem about two thousand years ago. During Advent the church wants  us to prepare ourselves to commemorate this event,  and to be ready  for His second coming.

Jesus said to his disciples, "No man knows  about that day and that hour. Be watchful, be wakeful and be praying, for you do not know when the time is."  These words of Jesus place a great demand on us, that we must so live that it does not matter when he comes. It gives a great  task of   being ready  to receive him  at any moment. Natural calamities and man-made disasters creep into human life  unannounced,  at the most unexpected time. The most powerful earthquake ever recorded struck near Valdivia, Chile on May 22, 1960, at 2:11 PM local time. As many as 6,000 people were killed. The deadliest natural disaster ever recorded occurred through the winter, spring, and summer of 1931 in central China, and between 3.7 and 4 million people were drowned or starved. Mt. Tambora is on Sumbawa Island, in south Indonesia. It erupted in 1815, killing 92,000 people.  It is fact of daily experience that accidents, and medical problems like heart attack away human life without any warning.  A faulty rhythm of heart-beets or a slightly prolonged halt between breaths is sufficient enough for the death-bell to resound. "O what is life, if we must hold it thus as wind-blown sparks hold momentary fire?" wrote Ada Cambridge. Human life is as momentary as a shepherd's tent (Is. 38:12) that is pitched erect at every dusk and removed at dawn!" So, in this season the church reminds us of the need to be prepared.

Secondly, the season of Advent remind us that of all things to forget God and to become immersed in earthly things is most foolish. In the fast pacing world, we do not have time. Often we wish that the day had at least a few more hours, that we can complete all our task. But, unfortunately, it cannot happen. So, we compromise, and postpone certain things. Always, the things that are postponed and dismissed are the things that are relating to God, the family prayer, Holy Mass, a get together in the Parish and other services. Leaving aside our obligations to God, we chase after fleeting momentary things. They stand ahead of us, like a mirage, appearing to be near but never within our reach. Thus, life becomes a futile chase, which leaves behind only a handful of regrets. In this season, the church advises us to be like a wise man who sets his goals high, and makes use of all the earthly things as a means to reach his goal.

In  India, the natives use a technique to catch monkeys. They hollow out one end of a coconut and they put peanuts in there. The monkey puts his hand in the coconut and when he makes a fist to grab the peanuts, he's trapped. It doesn't occur to him right away to just let go of the food to get his hands back. Often we behave in this way. We sacrifice great things just for getting some small and insignificant things. Advent reminds us to set priorities.

In this season of Advent let us dedicate some time for introspection, for strengthening the family bond through family prayer and for cherishing the community life by active participation in the church activities.